So you know my perspective: My all-time favorite restaurant experience was Alinea.  I have been to many other top molecular/modern restaurants around the world.  I have easily been to dozens of Michelin-starred restaurants throughout the US and Europe.  We made a special trip to Baume from Los Angeles for SO’s birthday.

Baume was by far the worst experience we have ever had at a restaurant of this caliber. We were taken aback by the attitude of the server.  It was not even the arrogance, but the apathy that surprised me. He became visibly agitated when I refused to let him put our food order in without first being allowed to view the wine list and choose the wine (I wanted to view the menu in conjunction with the wine list to ensure sure I was choosing good pairings and making sure they had the bottles in stock . as well as getting them decanted so the reds were ready. ) He literally came back three different times trying to put the food in and 3 times I kept asking for the wine list.  It was very rushed and non-Michelin-ey.  I made a point of saying that our guests (a second couple) have never experienced molecular gastronomy dining before and could he explain the technique and ingredients behind the dishes a little more (in this case the 63 degree egg) but except for the one time I pushed him, each description was quite minimalist and robotic.  Plus, the wine list itself was not very good – very little decent french wine for a supposedly french-styled restaurant.  Very little Burgundy options under $200; most in that price range were Village items that were overly marked up. With a wine list this unapproachable they should not be charging $68 corkage.  Plus, they were very slow to refill glasses.  In a restaurant that seats 22, you would think they would be able to perform simple tasks like refilling wine, clearing crumbs between courses, etc.

The food was also incredibly disappointing.  There was nothing I could call “delicious.” No, lobster does not pair well with thick pea puree.  No, caviar does not work with thick carrot puree.  And no, not all proteins should be done sous vide.  It was like a dinner of baby food.

Plus, a big deal was made out of the Echire butter.  It was presented with a foil pack with the paper top removed but intact (sitting on the butter.)  The container was not even completely full; I think they served us a used butter.  It was also unsalted and there was no salt at the table.  We toyed with creating a scene and requesting salt, but decided against it.

The whole thing felt very factory-like.  I could picture all the sous-chefs and assistants pureeing and sous-viding everything much earlier in the day then just executing with a simple assembly-line approach.

In conclusion, We paid $170 per person for baby food in a very cold, unwelcoming setting.  I feel incredibly ripped off. 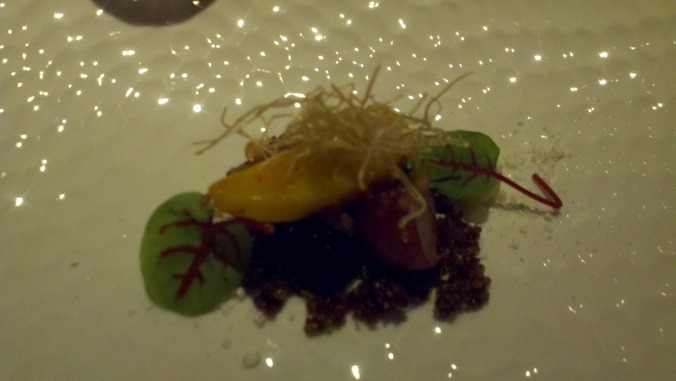 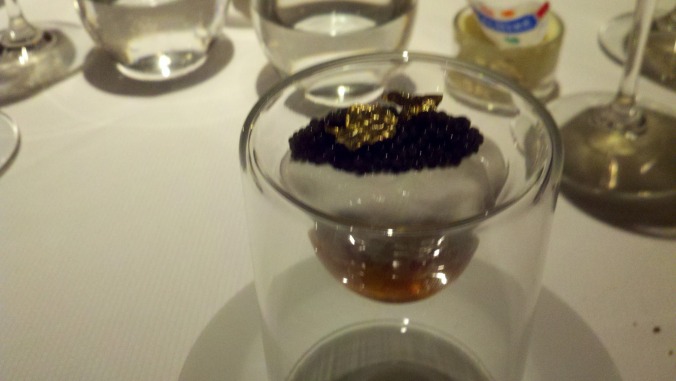 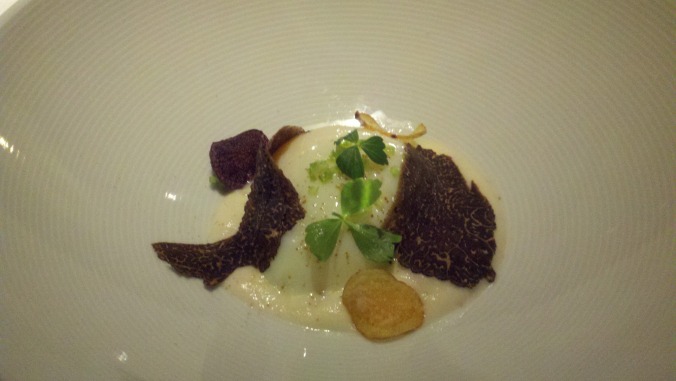 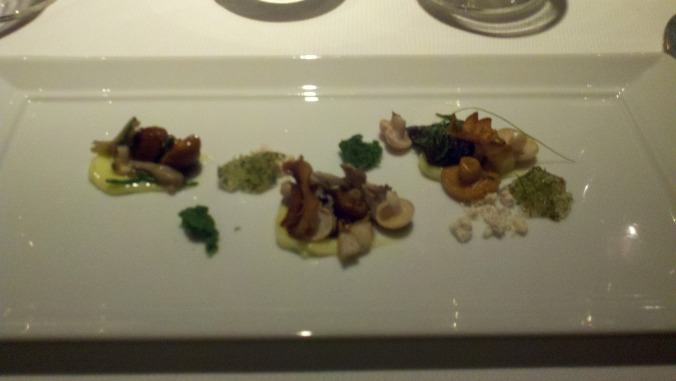 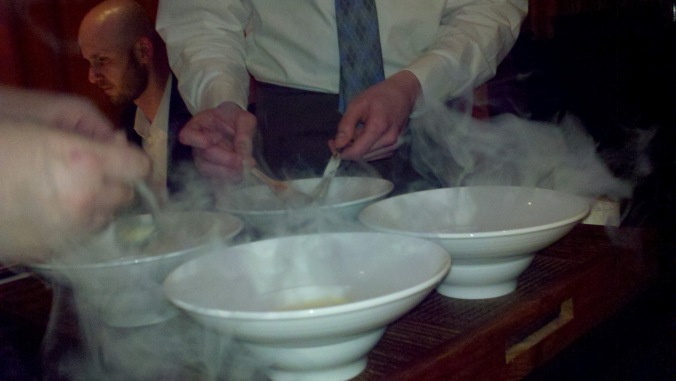 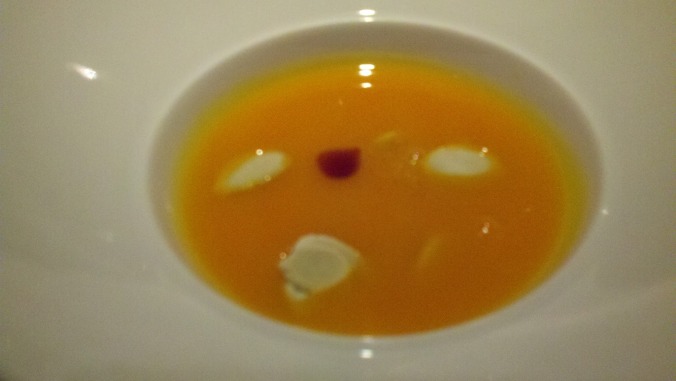 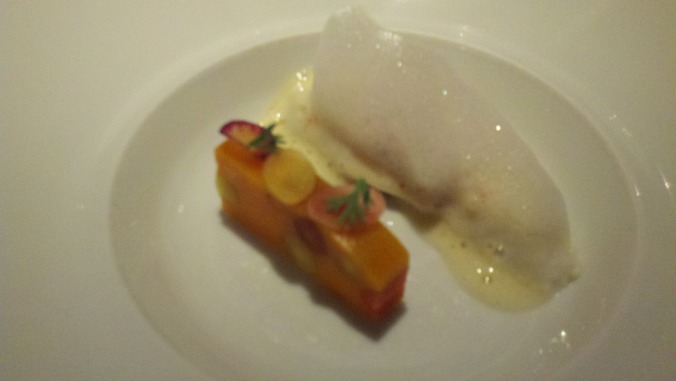 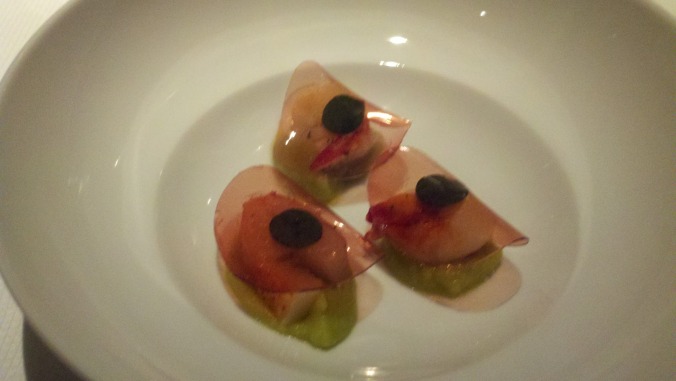 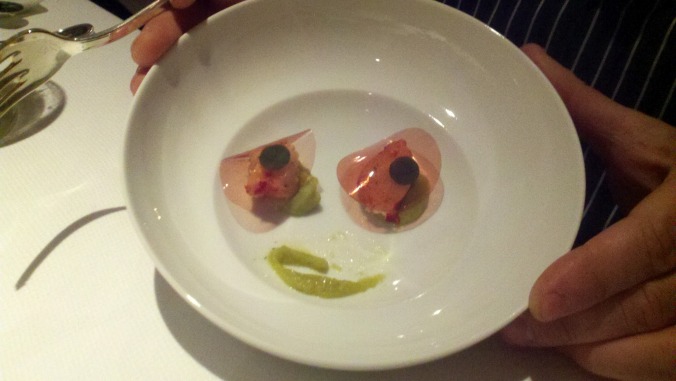 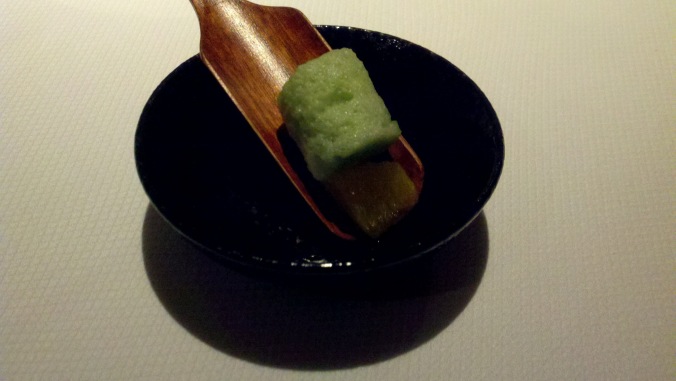 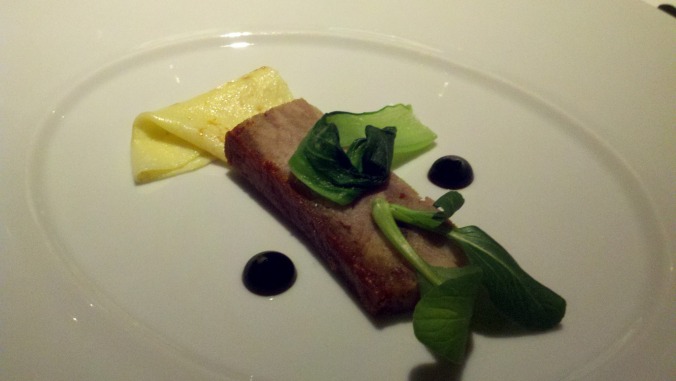 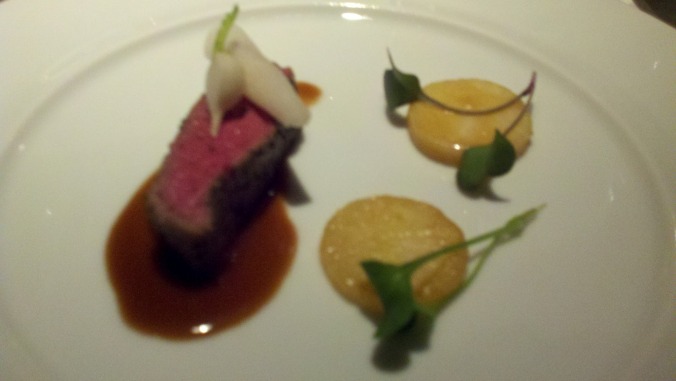 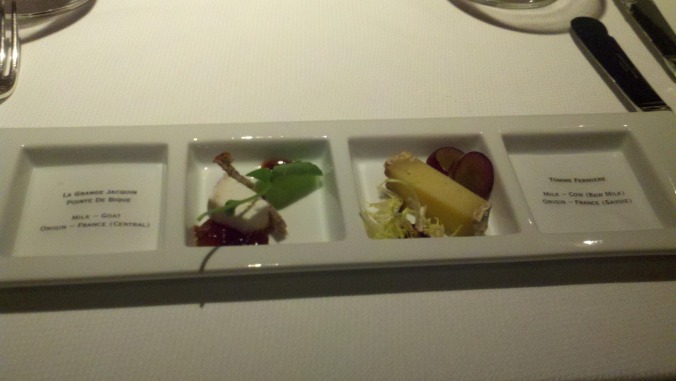 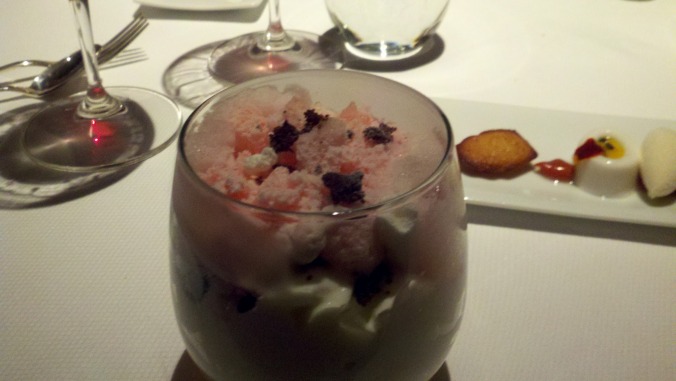 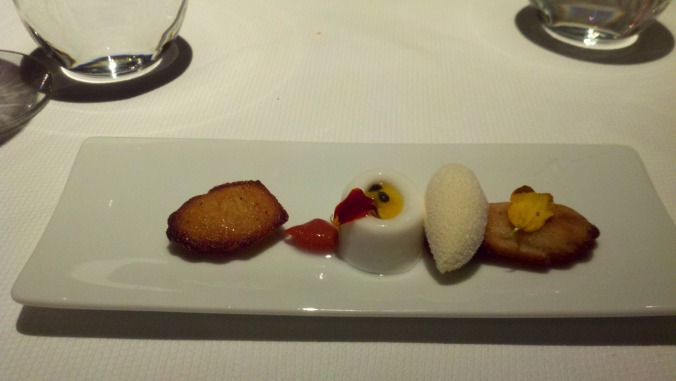